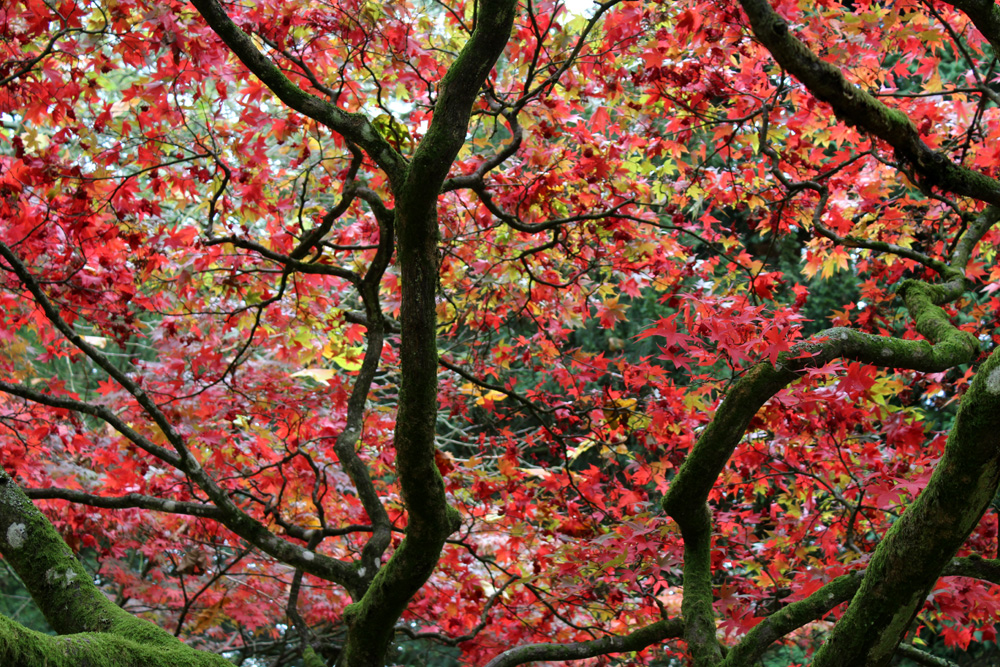 The Autumn Equinox or Harvest Home is also called Mabon, pronounced 'MAY-bon', after the Welsh god Mabon ap Modron, which means literally 'son of mother'.
Mabon appears in 'The Mabinogion' tale. The Druids call this celebration, Mea'n Fo'mhair, and honour The Green Man, the God of the Forest, by offering libations to the trees. The Welsh know this time as 'Alban Elfed', meaning 'light of autumn'.

This is the point of the year when once again day and night are equal - 12 hours, as at Ostara, the Spring Equinox. The Latin word for Equinox means 'time of equal days and nights'.
After this celebration the descent into winter brings hours of increasing darkness and chiller temperatures. It is the time of the year when night conquers day.
After the Autumn Equinox the days shorten and nights lengthen. To astrologers this is the date on which the sun enters the sign of Libra, the scales, reflecting appropriately the balanced day and night of the equinox. This was also the time when the farmers brought in their harvested goods to be weighed and sold. 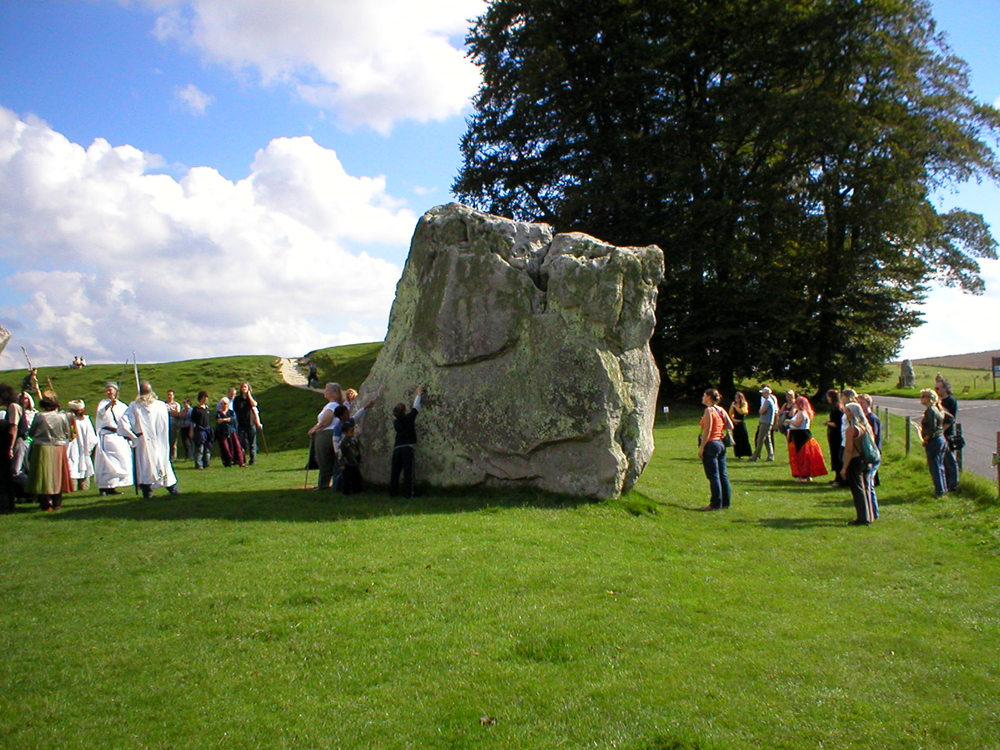 This is the second festival of the season of harvest - at the beginning of the harvest, at Lammas, winter retreated to his underworld, now at the Autumn equinox he comes back to earth. For our Celtic ancestors this was time to reflect on the past season and celebrate nature's bounty and accept that summer is now over. Harvest Home marks a time of rest after hard work, and a ritual of thanksgiving for the fruits of nature.
This is the time to look back on the past year and what you have achieved and learnt, and to plan for the future.

The full moon nearest to the Autumn Equinox is called the Harvest Moon and farmers would harvest their crops by then, as part of the second harvest celebration.
Mabon was when livestock would be slaughtered and preserved (salted and smoked) to provide enough food for the winter.

King Arthur and his Loyal Arthurian warband - a member of the Council of British Druid Orders and environmental campaigners, begin the Autumn Equinox celebrations with a blessing for all those passing under the archway.
Avebury pictures

The triple Goddess - worshipped by the Ancient Britons, is now in her aspect of the ageing Goddess and now passes from Mother to Crone, until she is reborn as a youthful virgin as the wheel of nature turns.
At the Autumn equinox the goddess offers wisdom, healing and rest.

There was a Celtic ritual of dressing the last sheaf of corn to be harvested in fine clothes, or weaving it into a wicker-like man or woman. It was believed the sun or the corn spirit was trapped in the corn and needed to be set free. This effigy was usually burned in celebration of the harvest and the ashes would be spread on the fields. This annual sacrifice of a large wicker man (representing the corn spirit) is thought by many to have been the origin of the misconception that Druids made human sacrifices.

'The reaping is over and the harvest is in,
Summer is finished, another cycle begins'

In some areas of the country the last sheaf was kept inside until the following spring, when it would be ploughed back into the land. In Scotland, the last sheaf of harvest is called 'the Maiden', and must be cut by the youngest female in attendance.

O Autumn, laden with fruit, and stained
With the blood of the grape, pass not,
but sit
Beneath my shady roof, there thou may'st rest,
And tune thy jolly voice to my fresh pipe;
And all the daughters of the year shall dance,
Sing now the lusty song of fruits and flowers.
William Blake

Mabon is a time to reflect, as we reap the harvest of experience from the past year - the completion of another turn of the Great Wheel.

Corn dollies were also made from the last sheaf and kept in the house to protect the inhabitants from bad spirits during the long winter.

To honour the dead, it was also traditional at Mabon to place apples on burial cairns, as symbolism of rebirth and thanks. This also symbolizes the wish for the living to one day be reunited with their loved ones.
Mabon is also known as the Feast of Avalon, deriving from the meaning of Avalon being, 'the land of the apples'.