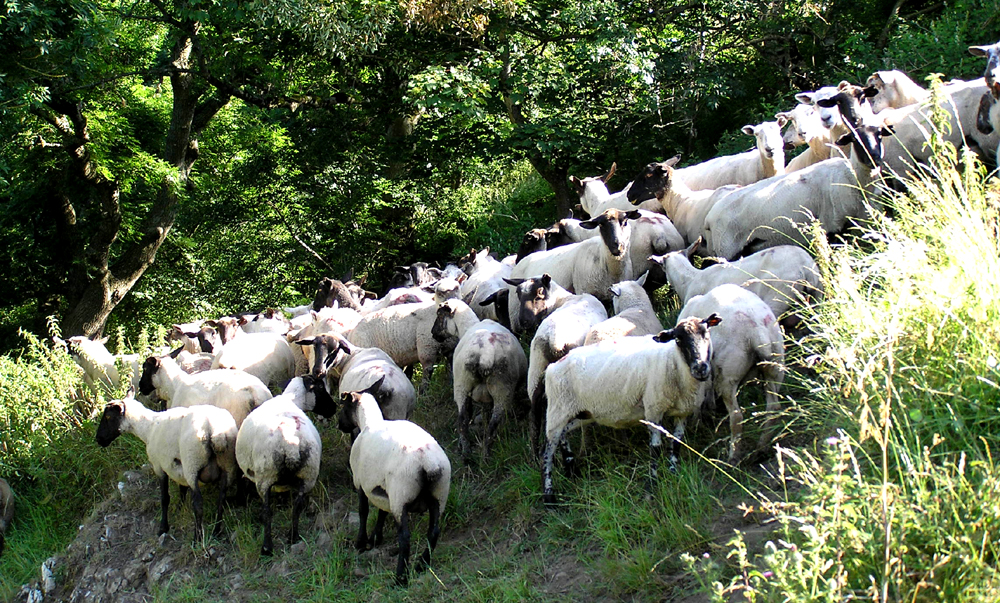 The Spring or Vernal Equinox marks the point when day and night are of the same length - 12 hours. After the Winter Solstice the days lengthen and the nights shorten , and 'Equinox' means equal night and 'Vernal' comes from the Latin word for 'bloom', as in the northern hemisphere the Spring Equinox marks the end of Winter and the beginning of Spring. Light and dark are in balance now, but light is gaining. 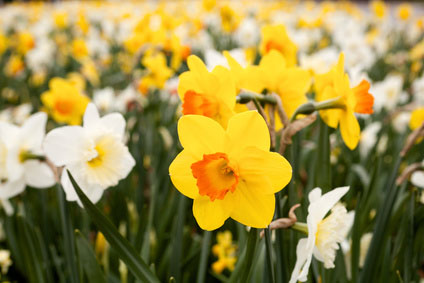 This equinox is also known as Ostara or Eostre - and is celebrated as a festival of new growth, renewal, a re-balancing of energies and the return of longer days. It is also known as the day of equilibrium. Now is a good time to consider the balance of our lives - work, play and relationships.

Ostara, also known as - Oestara, Eostra, Eostre was the pagan goddess of fertility and Spring, and the Christian festival of Easter derives its name from her.
Easter is calculated by the moon, and occurs on the first Sunday after the first full moon after the equinox.
This is the time when the young Sun God now celebrates a sacred marriage with the young Maiden Goddess. We celebrate the return of the spring goddess from her long season of dormant sleep.

The egg symbolized Eostre's wholeness and fertility - the female hormone oestrogen is named after her - and is offered at this equinox as a symbol of fertility and new life. The golden yolk represents the Sun God, its white shell is seen as the White Goddess.

Decorated eggs, egg rolling and egg hunts originate from pagan fertility rites dedicated to Eostre - symbolising fertility and re-birth, eggs are offered to the earth to ensure a fecund future harvest. Nature is 'hatching out' with new life.

In Greece, it is traditional at Easter (Paschal ) to exchange red dyed hard-boiled eggs - a symbol of new life. The red colour is believed to have a protective power and to Christians signifies the blood of Christ.

The hare was regarded as the sacred animal of the lunar goddess, because of its fertility and activity at this time. Witches were once believed to shape-shift into hares. Now rabbits have become one of the symbols of Easter - they are these days more prolific and common than the graceful hare. 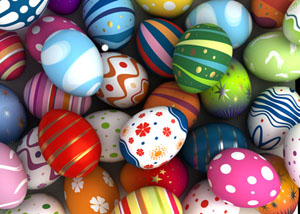 Another symbol of the Goddess at Ostara is the snake, which emerges from winter hibernation to bask in the Spring sunshine. Due to the shedding
of its skin the snake was a symbol of new life.

This Neolithic tomb has two passages, aligned to face East and West and contains 197 magnificent carved stones. The passages at Knowth are aligned to the rising and setting sun of the Equinoxes in March and September - when day and night are equal in length. At certain times moonlight shines down the eastern passage of the tomb.

Dr Philip Stooke, of the University of Western Ontario, Canada has identified one of the carvings as a map of the moon - the most ancient map ever discovered - the carved stone is known as Orthostat 47. The remains of 200 people were found in Knowth. This huge chambered mound is surrounded by 17 chambered tombs.